Eugene and Bend, Oregon have a lot of things going for them, but it’s really their spectacular natural scenery that puts them over the top. You could practically throw a dart at a map of the area around either city and land somewhere beautiful. But if you’re planning an outing within driving distance of Eugene or Bend, the McKenzie River Trail should be near the top of your list.

The McKenzie River Trail was recognized by Bike Magazine as America’s number one mountain biking trail in 2008. It’s also gotten props as one of America’s best running trails. Speaking from my own personal experience, it’s also a great spot for a multi-day backpacking trek. Best of all, whether you’re on the East or West side of the Oregon Cascades, it’s practically in your backyard.

Getting There is Half the Fun: Driving to the McKenzie River Trail from Eugene or Bend

From Eugene or Springfield, head east along Highway 126 for a little over an hour, and you’ll arrive at the lower McKenzie River trailhead just past McKenzie Bridge. Alternatively, you can go a bit further up the road to the McKenzie River Ranger Station, where you’ll be able to get information about trail conditions and fill your water bottles with the area’s pristine drinking water.

If you’re coming from Eugene, here’s a local tip: Lane County’s public bus system will drop you off right at the Ranger Station if you take the 91 from Eugene Station. Just cross the highway, and you’ll find yourself on the trail. And the fare is the same as any other destination in Lane County: a trifling $1.75. You can even bring your bike with you.

Of course, mountain bikers usually elect to start the trail from higher elevation at the upper trailhead 20 miles east off of Clear Lake. Coming from either direction, it’s a relatively flat course with just a few steep climbs and descents, but high to low is a logical way to go unless you’re looking to burn some extra calories.

If you’re on foot, chances are you won’t be looking to cover the trail’s entire 26 miles unless you’re prepared for an overnighter. Luckily, there are plenty of shorter day hikes along the route located conveniently off of Highway 126. Blue Pool, the Sahalie and Koosah Falls loop, and Clear Lake are probably the most spectacular.

If you’re coming from Bend, you’re in for a bit of a longer drive. But after spending some time in Central Oregon’s high desert, the lush rain forest just to the west of the Cascades provides a nice change of scenery.

In this case, though, there’s as much to be said for the journey as the destination. We suggest taking the road less traveled over McKenzie Pass–Highway 242, also known as the Old McKenzie Highway. Follow this route, and you’ll be within spitting distance of the Three Sisters mountains, with amazing views of Mt. Jefferson, Three Finger Jack, Mt. Washington, and others. The Dee Wright Observatory offers a birds-eye view of the Oregon Cascades’ tallest peaks and the area’s otherworldly volcanic landscape.

The Old McKenzie Highway is closed in the winter and spring and typically re-opens mid-June. Cyclists take note: there’s usually a several-week window before that when the road is open to bicycle traffic but not cars. The result is some of the most beautiful touring you’ll find anywhere, without having to dodge any cars whatsoever. Mind you, the climb is quite steep from the west side, where a series of switchbacks will test the meddle of beginning and intermediate cyclists.

26 miles may be some hardcore thru-hikers’ idea of a morning jaunt, but if you’re an average hiker, you’ll probably want to make an overnighter of it. Go from the lower trailhead to the upper trailhead and back, and you can make it a nice multi-day 50 mile-plus trip.

While the McKenzie River trail is obviously popular with mountain bikers–you can’t be number one and keep things under wraps for long–backpackers aren’t nearly as common. What you will find is significant crowds of day hikers in the trail’s upper section, particularly around Blue Pool and the Sahalie Falls – Koosah Falls loop. It’s easy to see why: the waterfalls are particularly stunning, and especially in October, you’ll be treated to the sight of vine maple ablaze with orange and red.

If you’re looking for solitude, on the other hand, you’ll likely find it in the trail’s lower section. While the highway is close by, you likely won’t even be able to hear it over the roar of the river. Just avoid hitting the upper section on the weekend if possible.

Plenty of side trails lead to decent campsites on the lower section, though the going gets a bit rougher in the upper section, where the terrain turns more volcanic. Trail Bridge Campground does have one free backpacker’s spot open while it’s closed to the public during work on the nearby dam. The Cold Water Cove Campground just off of Clear Lake is also an option for overnighting.

All in all, the McKenzie River Trail is an underrated destination for backpackers who aren’t necessarily looking to be out deep in the backcountry. While you’ll be sharing the trail with plenty of mountain bikers, horses are not allowed on the trail. That means you’ll be able to devote your full attention to the flora and fauna around you rather than be on the constant lookout for horse poop.

If you’ve followed us this far, you may have already guessed one of the chief pitfalls of mountain biking the McKenzie River Trail: certain sections have a lot of foot traffic. Incidentally, those same sections tend to feature the course’s most challenging volcanic terrain.

With that one caveat out of the way, the rest is all good: the McKenzie River Trail is famous for a reason. A bunch of reasons, actually. The scenery is a given, but from a purely technical standpoint, the trail’s varying terrain and gradual but challenging-enough elevation shifts put it over the top.

Starting from Clear Lake, the upper trail earns an intermediate-to-advanced degree of difficulty. Take your time and walk your bike over some of the gnarlier spots, however, and even less experienced mountain bikers can successfully navigate its twists and turns. Below Blue Pool, the terrain evens out considerably, with pristine single-track gently weaving through old-growth forest.

If you’re like most, you’ll want to hire a shuttle to bring you and your bike upriver, parking at the Ranger Station. But if you’re looking for a longer ride, going upriver then back down is certainly an option.

Visiting the McKenzie River from Eugene and Bend is great and all, but being around its beauty could very well stir a longing to be even closer. If you’re thinking of buying a vacation home or a full-time residence on or near the McKenzie River, we’ve got you covered.

Being an Oregon real estate company with offices in both Bend and Eugene, we spend a lot of time driving between the two cities, a route that has taken us up and down the McKenzie River more times than we can count. So we’re more than happy to show properties in the area or let you know what to expect in the different communities that line the McKenzie east of Springfield and up the river.

Contact our Eugene or our Bend office today–we’d love to chat with you about what you’re looking for or connect you with buyers who are eager to have their own home off of the McKenzie. If the city life is more your speed, you can search for Eugene properties or search for Bend properties right here on our site. 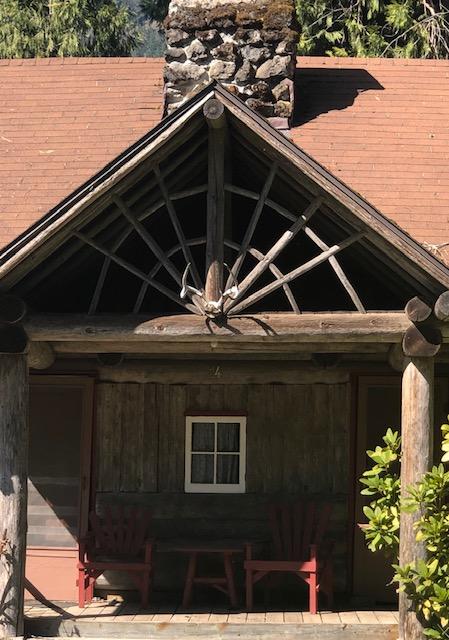